After a 2021 tournament played behind closed doors due to sanitary conditions, Play In Challenger – Lille (ATP Challenger 90 – 79 680 $) will find out its fans for a 4th edition, which is announced as exciting as uncertain, from 21 to 27 March 2022, on the courts of Tennis Club Lillois Lille Métropole.

Who will succeed to Zizou Bergs, who captured the title last year against Grégoire Barrère ? The question is on all lips of tennis fans, and, good news, the Belgium player, ranked 163rd, after integrated main draw in Marseille (ATP 250), will defend its crown!

He will not have an easy task against Ricardas Berankis, ranked 86th, who just reached quarter finals in Dubaï (ATP 500). Lithuanian player, 50th at his best in 2016, will be one of the stars of this tournament, as also Quentin Halys. The French player (ranked 120th) just won his fourth Challenger tournament in Pau, and comes in North of France with a lot of confidence. Other ambitious French players are also expected: Grégoire Barrère (ranked 166th), winner in 2018 and 2019, Antoine Hoang (ranked 213th) or Enzo Couacaud (ranked 180th), who delighted the Parisian crowd last year in Roland Garros second round against Pablo Carreno Busta. 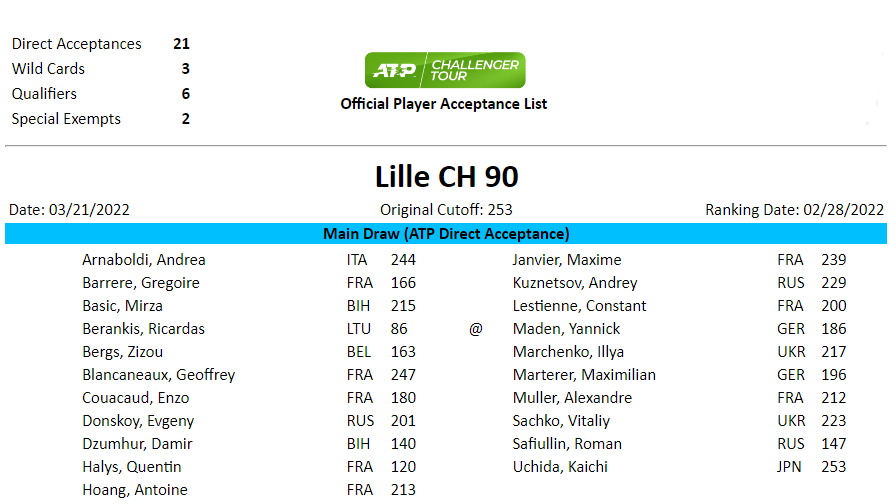 Zizou brought back the cup in house

“Frenchness” air on Play In Challenger

CANCELLATION OF PLAY IN CHALLENGER 2020